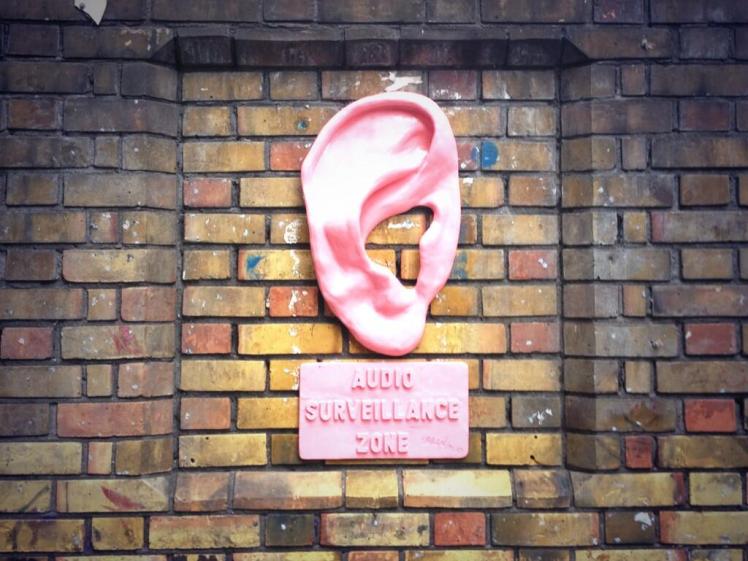 Earlier this year I was invited to speak at an event entitled “How Do Cities Sound?” organised by the Amsterdam Centre for Cross-Disciplinary Emotions and Senses Studies (ACCESS) at the Museum of Amsterdam. In my paper “Sonic Boom: 100 Years of Urban Sound, I traced the genealogy of a set of sounds I had sampled while moving from home to work and back again: a melange of drills, tyres on asphalt, sirens, airplanes, ice-cream vans, sub-woofers. These sounds, I argued, were entangled in some of the most important developments of the last century, as were the sensibilities through which urbanites made sense of them. These sounds I also argued, are at the heart of some of the most important questions about future urban experience. Questions about the environment, urban density, privacy, cultural difference and technological evolution.

What I want to present here is a re-recorded version of the soundscape I presented alongside the paper. Following the encouragement of Arnoud Traa, film sound engineer who also spoke at the event, it has been re-recorded in binaural sound, a recording technique that records, and reproduces sounds as you heard them, in three dimensions. It works by placing small microphones into your (my) ears, capturing the changes made to sound as it is filtered and given a sense of directionality by your (my) skull and ears. The result is a very ‘subjective’ sound recording, complete with the sound recordist’s sniffle and sighs. As a sociologist interested in the relationship between sensory experiences and processes of social formation in cities, this type of recording presents a number of opportunities, not least the ability to record, analyse and represent the sonic landscape of urban space as it is experienced by many people as part of everyday life. It provides a new way of presenting the city, but also for collecting data.

For best results, this should really be listened to on headphones. The full 3D effect requires headphones to replicate the sound as it fell onto the microphones in a way that speakers do not.

The recording itself was taken on a series of walks in a 400m circuit around a rapidly gentrifying 1920s social housing estate in east London. All of the sounds play a part in producing the aggregate ‘atmosphere’ of the neighbourhood, but they are also more than just background noise and each individually inflect the social life of the space. Listen out, for instance, for the saccharine chimes of the ice cream vans. On a daily basis throughout the summer, these tinkling nomads shatter the masculinity that is projected onto the locale by young men occupying the streets and car parks, bringing mothers and their daughters outside while turning the even their toughest men into boys. Or consider the time-share agreement that is struck between local religious groups, each colouring the neighbourhood air their own shade of sacred at different points of the week. Other sounds captured here represent some of the most important technological developments in recent history, the droning sound of the aeroplanes leading eyes upwards towards the vapourous meshwork of contrails that the globalised world rests upon. While it was planes that triggered the first anti-noise legislation, our everyday acceptance of these sounds, alongside the chug of helicopter blades, is striking and a testament to, or indictment of, the strength of today’s urbanites ‘blasé attitude’.

Within the soundscape you will also hear snippets of conversation. The conversations, and accents that the microphones captured are indicative of the demographic change in the area, with Australian professionals and French students chattering late into the night in a neighbourhood that, in the last century, was home to consecutive ebbs of Eastern European Jews and Bengalis. These conversations are not just interesting because of what they reflect. As the recent furore over Google Glass has demonstrated, the proliferation of wearable recording devices, along the with the fidelity offered by such technologies also raises important ethical questions. Hearing overheard conversations nearly exactly as they were overheard, is radically different from reading them transcribed. Voices become more identifiable, even traceable. However, these voices are also unavoidable parts of the urban soundscape. You do not have to turn your eyes towards something to hear it, and it would be impossible to capture any urban atmosphere without catching voices in your dragnet. Moreover, as any insomniac city dweller will tell you, sound knows no boundary between the private and public. While we cannot see, smell or touch through walls, we can easily hear. While we are slowly realising that that we have traded privacy on-line for the ability to broadcast our lives, city dwellers long ago traded privacy for a more public existence and I think some of the conversational burble here reflects that. While I wanted to present something of that burble here, it has however, been significantly edited so as to protect as best possible anybody who might be impacted by this soundscape’s reproduction.

This is not a fully formed project, merely an experiment with new tools to see if we can use them to start answering some old questions. I write this in the wake of the CUCR hosting the International Visual Sociological Association annual conference in the hope that, following the pioneering work of the last decade in in sonic sociology, the social sciences might continue their own ‘sonic boom’.

Give this a listen, and some thought. Thanks for letting me lend you my ears.

Dr Alex Rhys Taylor is Deputy Director of the Centre for Urban and Community Research.

Error: Twitter did not respond. Please wait a few minutes and refresh this page.