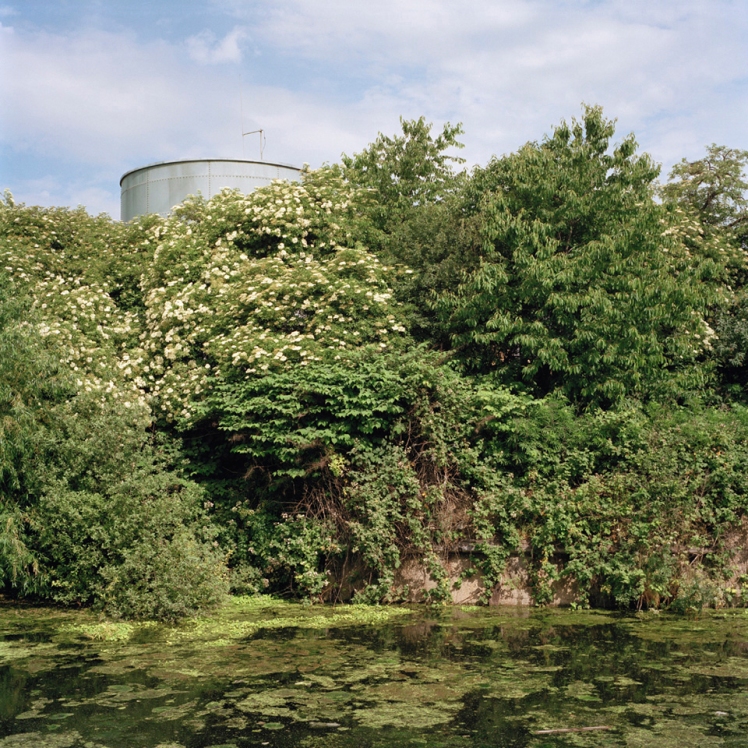 One year on from last year’s London 2012 Olympic and Paralympic Games, CUCR caught up with photographer Gesche Würfel. Now based in New York, Gesche returned to London recently to continue her photography project Go for Gold! which is a long term study of the Olympic Park.

CUCR: Go for Gold! is now in its sixth year, what were your reasons for starting the project?

I started Go for Gold! as my final visual project for the MA in Photography and Urban Cultures at Goldsmiths. I have a background as an urban planner and therefore had been interested for a long time in the impacts of urban regeneration on local communities. I had also worked for a couple of years in urban regeneration and community consultation. Additionally, as a teenager, I used to be a track and field athlete and I used to compete in a competition that was called ‘Youth Training for the Olympics’. Back then I was fascinated by the Olympics from a sportswoman’s point of view but in the course of my academic life, especially with my background as an urban planner, I have become more and more critical of big mega events like the Olympic Games. Go for Gold!’s overarching message is a critique of how the Olympic Games have been transformed from a sporting to an economic event in which urban regeneration plays a major role. According to the promotional material, the Olympics will generate a better environment for local residents through urban regeneration. My work questions this premise/promise and I argue that the Olympics are mainly used to bolster London’s status as a global economic centre at the expense of local inhabitants’ needs. I encourage people to think about how the Olympics help London compete with other global cities to attract media attention, tourist travel, and foreign investment, all for the benefit of large international corporations and not the local population. This trend is also visible in all the other Olympic host cities. 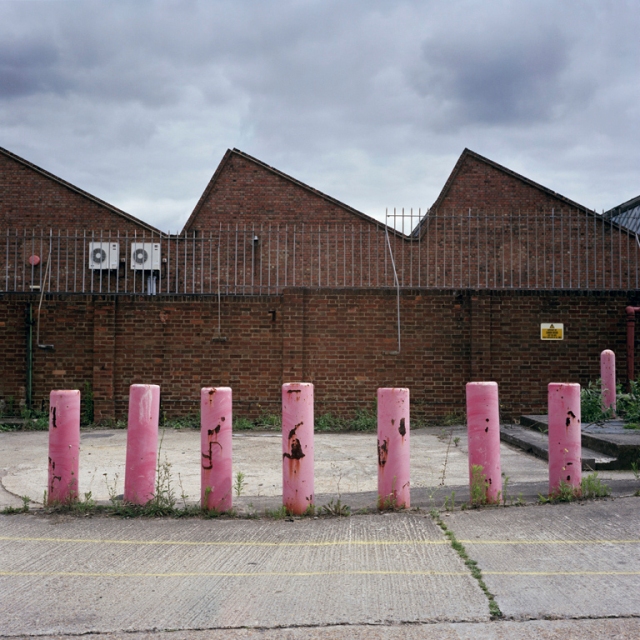 CUCR: How has Go for Gold! developed over the years?

I intend to work on this project altogether for ten years looking at the different stages of the development. Starting in 2006/7, I photographed the locations for the sports venues as they were before any construction occurred. These images capture the last moments of the Lea Valley landscape before it was razed to make way for the Olympics’ international development programme. In 2007-09 I photographed the 11- mile blue fence that surrounded the construction site. These photos show how the Olympic plans disrupt the connections between residents and their natural built environment. I’ve been returning to the Olympic site every year to monitor the progress. In 2012, I tried to obtain access from the press office of the London Organising Committee for the Olympic and Paralympic Games (LOCOG) but that wasn’t granted to me. Therefore the only way in was to purchase tickets for the Paralympic Games. However, it was very difficult to access most of ‘my’ locations as one needed tickets to the particular events/venues. The Lea navigation canal and the towpath were closed for pedestrians, cyclists and boats and, all around the periphery of the Olympic Park, a lot of police were deployed so it was very difficult for me to take photos. When I came back this summer I thought that it was a lot easier to take photos, nobody stopped me and people were a lot more open towards me taking photos. As a way of getting into the Olympic Park zone I bought a ticket for the Open East festival and took photos that weekend. I intend to go back next year because more parts of the Olympic Park will the open to the public. I’m definitely planning on returning in 2016 as, ten years on, I will then have the before, during and after of the Olympic Games stages documented. 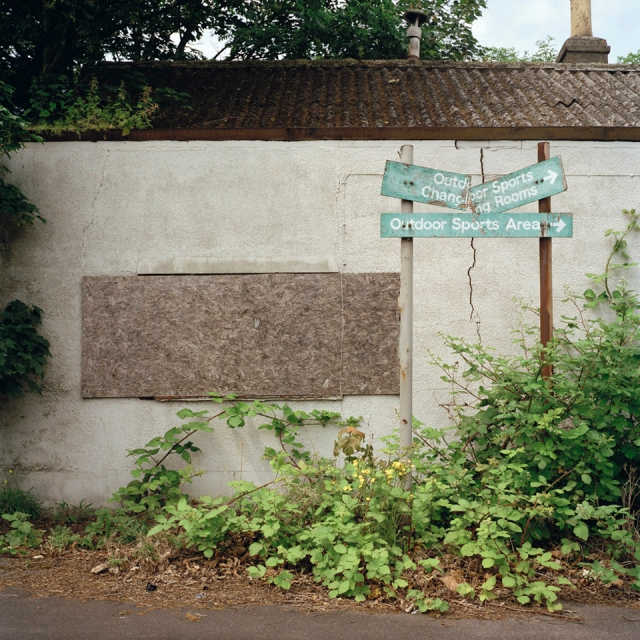 CUCR: Did you find it easy to photograph the same places given the changes to the Olympic Park landscape?

In the surrounding area of the Olympic site there wasn’t a problem connecting to the city/ landscape because most of the old markers are still there. Of course there is a lot of new housing construction going on but I was still able to find my way around. Whereas on the Olympic site I got lost and I felt that every reference to history had been eliminated. I took GPS readings in 2006/7 so that I would be able to return to the same places and created a map from/with these readings. However, I was neither able to access the Olympic Village, the Olympic Stadium nor the Media and Press Centre. In these cases I have blank images and I am debating on how to present the images from across the different stages. For me the Olympic Park is a place without much character or history, there used to be history but the histories are buried underneath the new place. The Olympic Park could be anywhere in the western world. The architecture looks similar to many other cities I’ve visited and also the landscaping is not very unique. There used to be so many interesting places on the Olympic site prior to construction, for example, the Bully Point nature reserve that I thought could have been very well incorporated into the master plan, or the Manor Garden allotments, just to name a few.

CUCR: Now that the London 2012 Olympics is past there is a lot of discussion about legacy. What does that mean to you?

Legacy is usually something transmitted by an ancestor or predecessor. So, for me, legacy makes a reference to a history that is more than the one year ‘legacy’ of the Olympic project. When I hear the term ‘legacy’ I think of what is going to happen many years in the future. Compared to other Olympic cities I have the impression that, even though I’m not convinced by any of the mega events, the Olympic Delivery Authority (ODA) and the London Legacy Development Corporation (LLDC) have had a better idea of how to develop the site after the Olympics were over. However I am still wondering how the plans will develop in the future because it costs a lot of money to maintain the Park area. Furthermore, I am wondering about the housing projects; if the promised mix of social housing, affordable housing and apartments for purchase will be realised as promised or how much the percentages will be shifted. I am wondering if, perhaps in a couple of years, the area will look similar to what the area used to look like in 2006/7. If you take Athens, Greece, for example, most of the buildings are now dilapidated. I wonder if the same is going to happen to the Olympic Stadium or to the Aquatics Centre and whether the maintenance costs can be paid by the new institutions moving in?

CUCR: How has your relationship with the project and your role as a photographer changed over the years?

The photographer should present a somewhat objective view to show the changes. By taking GPS readings and returning to the same places over and over again it is, I think, a somewhat neutral view to document the changes. But of course I bring my own personal thoughts about this whole process to the project. I was very attached to the previous site and also to the people who were living and working there because I returned to the places over so many years. However, if the Olympics hadn’t come to London, I wouldn’t have worked on this project. So in that sense the Olympics have given me the opportunity to work on a big, big project….and I have the impression that even though a lot of London residents were against the development many artists got inspired by the Olympics and have created amazing projects. Many artists created work about the blue fence around the periphery or photographed the various communities who lived and worked previously on the site. I would have had to look for a different subject matter if the Olympics hadn’t been selected for London and construction hadn’t happened in East London.

Nevertheless, I wish the Olympics would be either re-thought or abolished. How about moving the Olympic summer games permanently to Greece?

For more information go to : www.geschewuerfel.com

Gesche’s solo show (Basement Sanctuaries) at Blue Sky gallery in Portland, Oregan, USA will take place in September 2014. Her book accompanying the show, ‘Basement Sanctuaries’ will be published by Schilt Publishing in spring 2014.