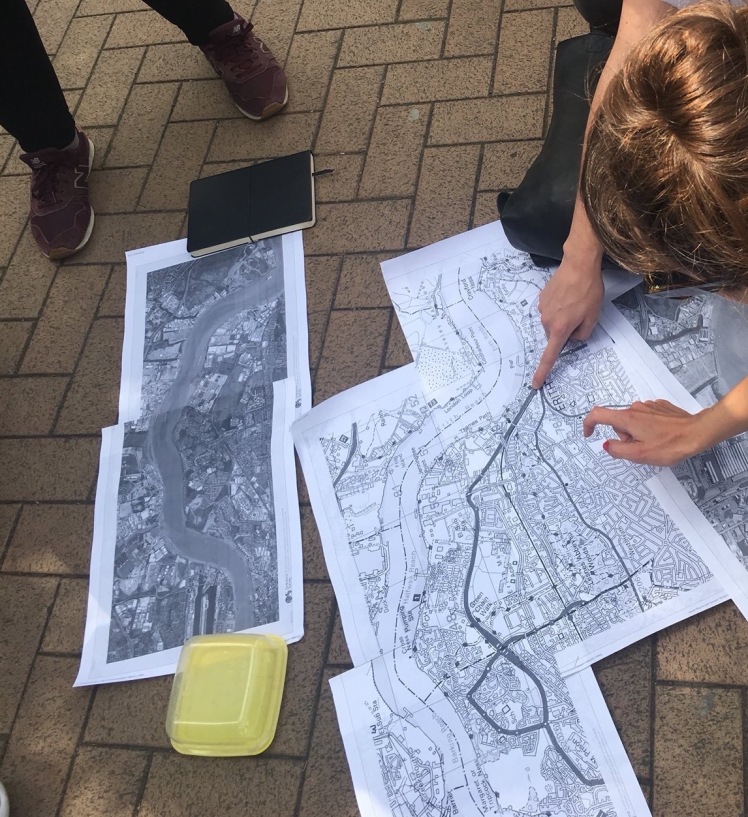 Over summer 2018 we have been curating monthly Infrastructural Explorations designed to think about the impacts of infrastructure on the urban landscape as simultaneously, city life impacts on infrastructure.  The aim of these Explorations is to consider the largely invisible (albeit visible to those who work on or live near the sites) but entirely necessary socio-technical city-making city-made infrastructures through walking, mapping, listening, photographing, sharing stories and reflecting together. Scroll down for future explorations!

In June, we walked along the Thames from Erith to Abbey Wood station via supermarket depots, the Riverside Resource Recovery Energy from Waste facility at Belvedere and the Crossness Pumping Station and sewage treatment works.  As we walked, we attuned ourselves to the mechanical buzzing from the various industrial plants that line the bank of the Thames and to the faint smell of sewage carried on the breeze, disappearing then coming back stronger as the wind fell and picked up.  We were reminded of how the river, the artery of the city, which has historically connected London to other places through empire and trade, continues to act as a connecting fibre to the rest of the world as plastics, wet wipes and other non-biodegradable waste products are deposited on the banks of the river or carried downstream and out into the North Sea impacting on aquatic life on an unceasing oceanic journey.

As we walk along the south bank, watching the gulls, ducks and moorhens, we are also able to take in some of the essential services which the Thames provides.  We watch the barges transporting the city’s rubbish as well as aggregate for the construction industry which is produced as this rubbish is incinerated.  The faint smell of sewage in the air, we contemplate how the river functions as a storm overflow for a Victorian sewage system unable to cope with London’s increasing population.  And as the terns wheel over a bright green grassy mound on the northern bank opposite us, we see how the river borders a landfill site and provides the infrastructure for still more waste to be deposited. 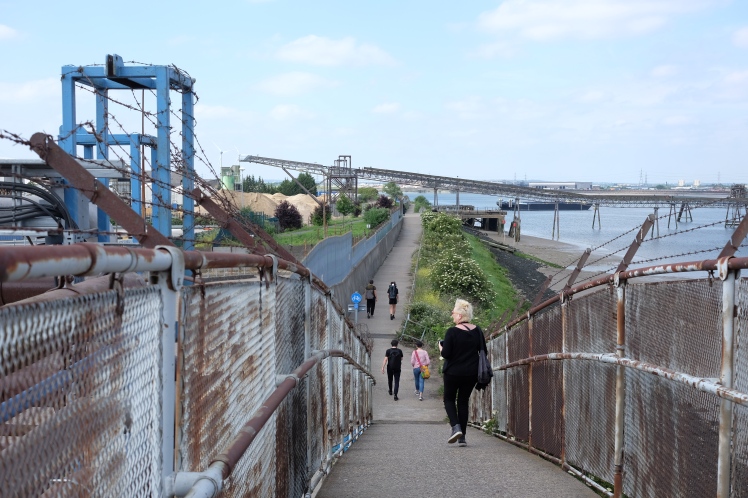 During July’s heatwave, following the Wildlife Trust for London’s (1995) ‘From the Nun’s Head to the Screaming Alice’ guide, we traced the route of the former Nunhead to Crystal Palace high level railway line. Relieved to be in the shade of the woods, hearing only bird song and talking about secret blackberry-picking spots, we almost forget we are in London.  The railway opened in 1865 to take passengers to visit the Crystal Palace but demand fell after the Palace burnt down in 1936 and the line was eventually closed in 1954.

Walking from the Horniman Museum to the end of the line, some of it has been made into a nature trail and parts have now been taken over by woodland, making imagining a railway line near impossible. Other parts were used for residential development in the post-war building of social housing. Yet there are still clues as to where the railway ran: an iron footbridge running over a path which can be faintly made out through the overgrown woodland, the cold air coming from the entrances to tunnels which cut through south London’s hills, a corner shop named after the high level line and the Victorian subway under Crystal Palace Parade. 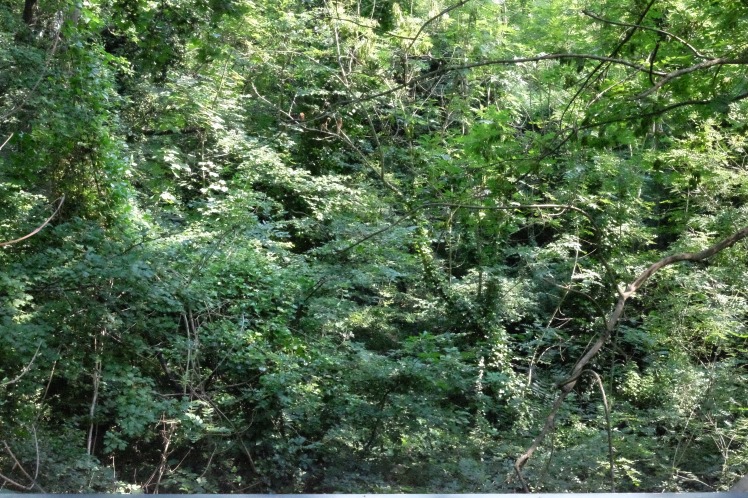 In August, we followed the route of one of London’s new Power Tunnels from the Highbury substation through Finsbury Park and Walthamstow Marshes to the Hackney substation and headhouse, trying to trace an infrastructure which is intentionally made invisible and on which the ever-growing city is dependent. A key feature of the 32 kilometres of underground tunnels is their width: between 3 and 4 metres; wide enough for the engineers to cycle through them and, crucially, wide enough to allow for London’s future electrical provision needs.

Above ground, nothing remains of the Power Tunnels that lie below except for the purpose-built substations and head houses. The aesthetics of those buildings blends in with the surroundings and hides them from the unaware passerby. In front of the newly erected Islington Substation for example, a row of houses is currently being built to shield the high voltage infrastructure from Seven Sisters Road. However, on our walk towards Hackney Substation, we came across a few other structures that exist for the purpose of connecting the above with the below. In Finsbury Park the familiar smell of the tube reveals a ventilation shaft for the Victoria Line a short moment before one can see the actual fenced-in shaft. Approaching it, we could hear trains passing and saw that the brake dust had painted shrubs and litter that covers the ground in black. Also in Finsbury Park is the derelict covered Victorian Hornsey Wood Reservoir, built in the 1860s. Today it attracts explorers, photographers, and party-goers that enter through the door of an inconspicuous edifice. After passing by Eade Road Head House, a box-like building situated at the edge of Harringay Warehouse District and neighbouring carpet retailers, art studios and a music venue, the Power Tunnel approaches Walthamstow Marshes. Suddenly surrounded by high weeds and grazing cows, we recognise the symbiosis of hard infrastructure and green spaces. The marshes are crisscrossed by railway lines and encircled by Coppermill Lane Water Works to the north, more rail tracks to the east, former Thames Water Depot to the south, and River Lea to the west. It is in between these infrastructures where urban nature can find its niches. 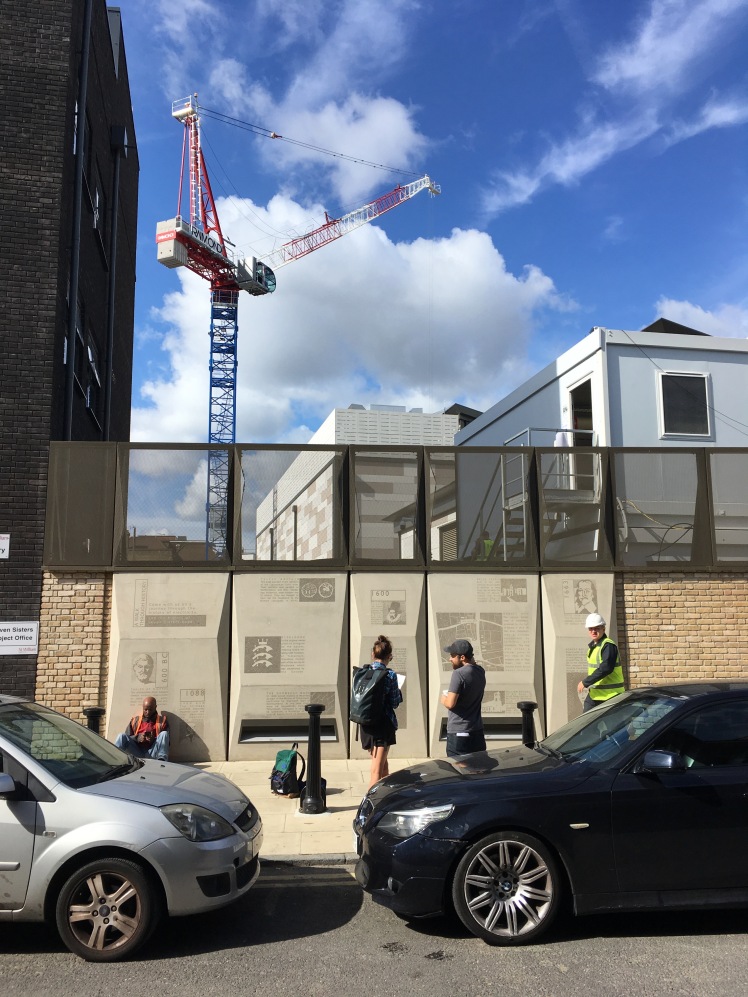 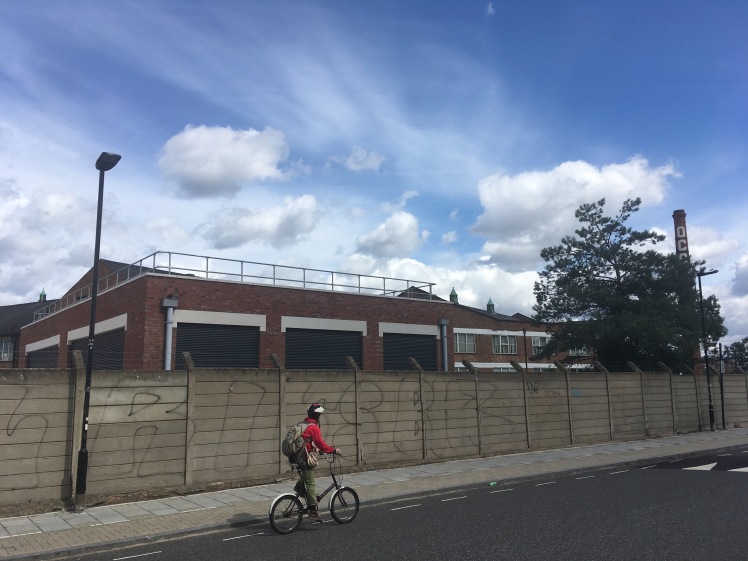 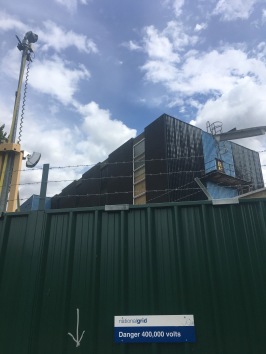 We will walk the route of part of the future Power Tunnel 2 from Kidbrooke to the Eltham Substation (near Falconwood station).  The route is approximately 3 miles and will be on a mix of paved and unpaved paths.

We will explore the Surrey Canal Triangle.  We anticipate walking for 2-3 hours on a mix of paved and unpaved paths.  Given Bermondsey’s renewed brewery infrastructure, we will end the Exploration with a drink and a discussion about future plans for the series.

Laura Henneke is PhD student in Visual Sociology at Goldsmiths, University of London. With a background in Urban Design and Architecture she researches the visible and invisible impacts of China’s Belt and Road Initiative on the urban landscapes it connects.

Louise Rondel is a PhD candidate in Sociology at Goldsmiths researching London’s beauty industry and its vibrant materialities to explore the relationship between bodies and cities.

One thought on “Infrastructural Explorations By Louise Rondel and Laura Henneke”